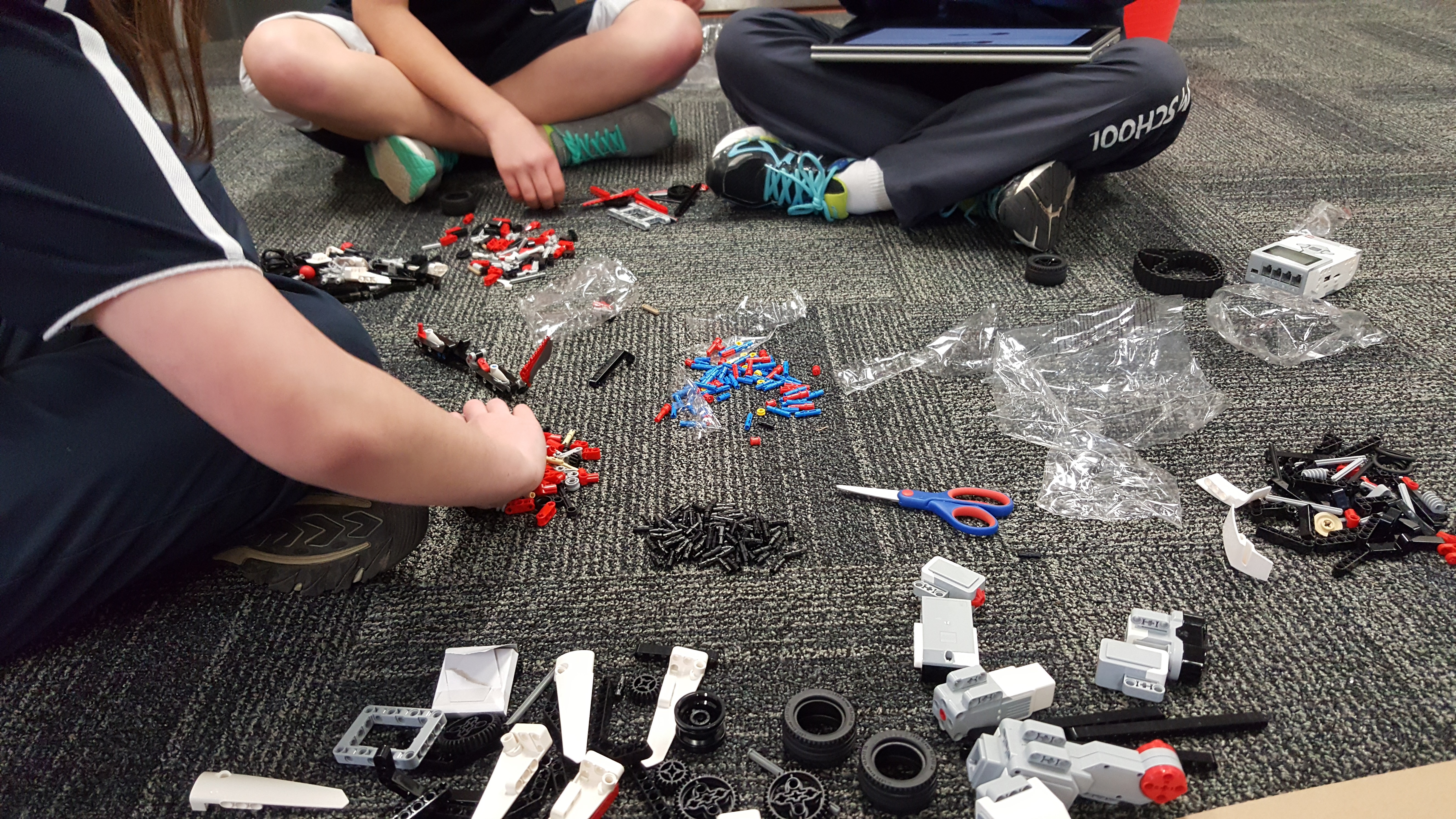 Featured Image: Construction begins on one of the Lego Mindstorm EV3s

This term we’re running a series of Tech Time Workshops; an intro to robotics course using Lego Mindstorms EV3s for 8 young women. There are 6 sessions in which the participants are split in to two teams and must design, build and program their own Lego Mindstorms EV3 robot. The end goal is to compete in a series of four challenges against the other team in the final showdown at the Tuggeranong Hyperdome on Sunday the 7th of August. The four challenges are:

So far we’ve had 2 of our 6 sessions and we’ve got both of robots built now! One team has opted to build the SPIK3R design, a scorpion inspired build that feature nippers on the front and a tail that can shoot plastic marbles on the back. 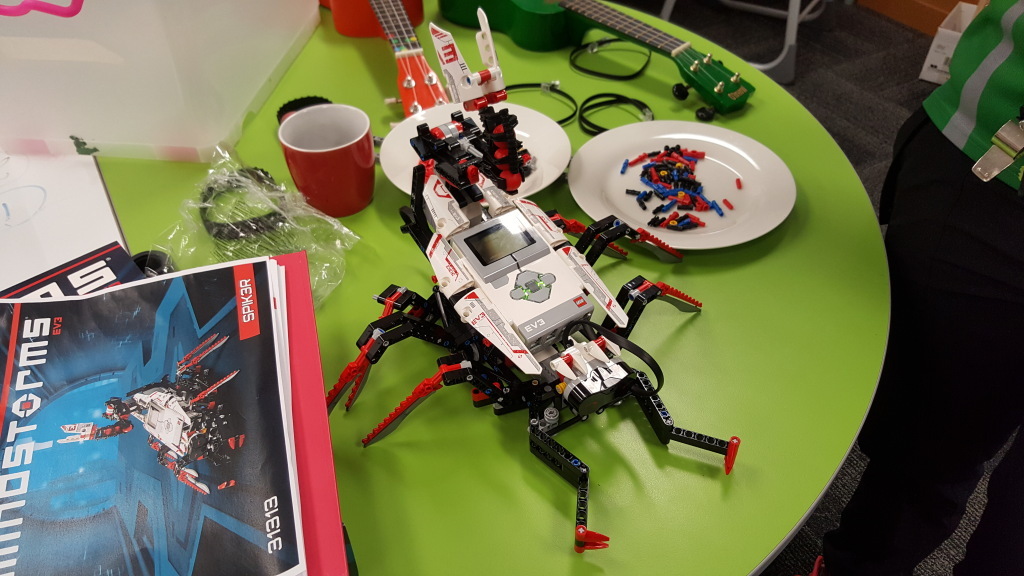 The other team, named Team Savage Cuttlefish, have built R3PTAR, a snake inspired robot that slithers along and can sense objects and pounce on them with it’s fangs. Due to the look of it’s infrared sensing eyes, they have named their bot Wall-T, a portmanteau of Wall-E and ET. 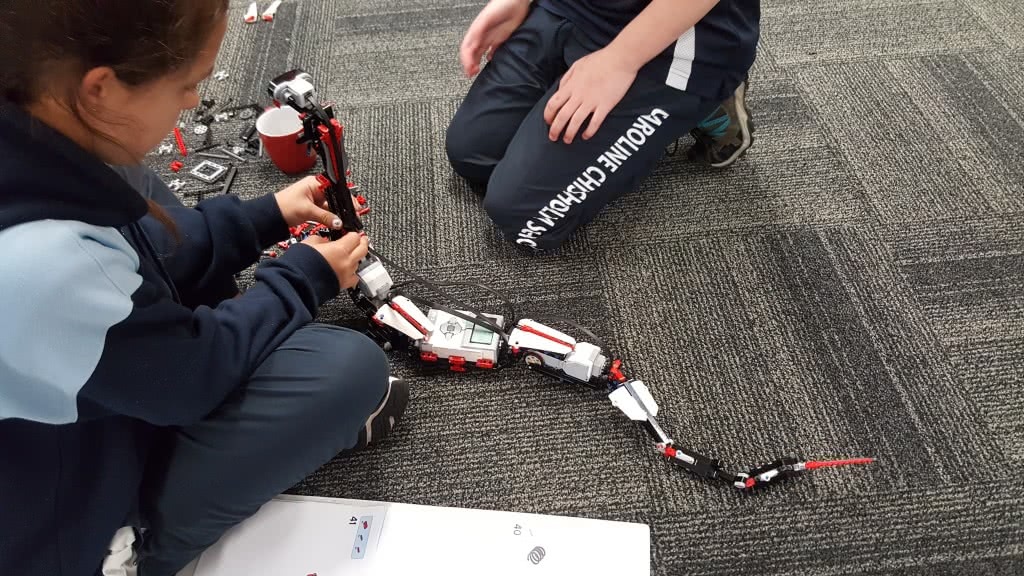 The robots were finished ahead of schedule and there was a little bit of time at the end of the last session to begin looking at the programming side of the EV3s. Team Savage Cuttlefish managed to make their R3PTAR slither along the ground, hiss and strike out with it’s fangs at anything close enough to it’s infrared sensing eyes. The team using SPIK3R, who don’t have a team name yet, got their robot to move around the room and shoot plastic marbles from it’s tail. The mechanism for shooting the marbles can be seen in this short, slow-mo video:

I can’t wait to see what programs get written for these two amazing robots and how they fare in the final challenge! I’ll keep you updated on the progress as the weeks go by, so keep an eye out!