Featured Image: YWCA Canberra Tech Time Workshops’ participants show young members of the audience how to control their robots, and let the try them.

I talked a bit about what the Tech Time Workshops were in our last blog – Tech Time Workshops – Part I, and since then we’ve had the remaining sessions as well as the showcase at the Tuggeranong Hyperdome! Since the last update a lot has happened. We’ve had some major changes in design (including one total rebuild), we’ve worked with some volunteers from ANU Robogals, and of course, we’ve had our final showcase and competition!

Last update you saw the two robots that were being built, one scorpion inspired SPIK3R design and one snake inspired R3PTAR design. Over the last two weeks, both robots have undergone some major changes. The SPIK3R robot, now named ‘Turbo‘ had it’s legs and tail removed to streamline the design as well as having it’s claws modified to ensure that they were able to be fully closed as seen below. 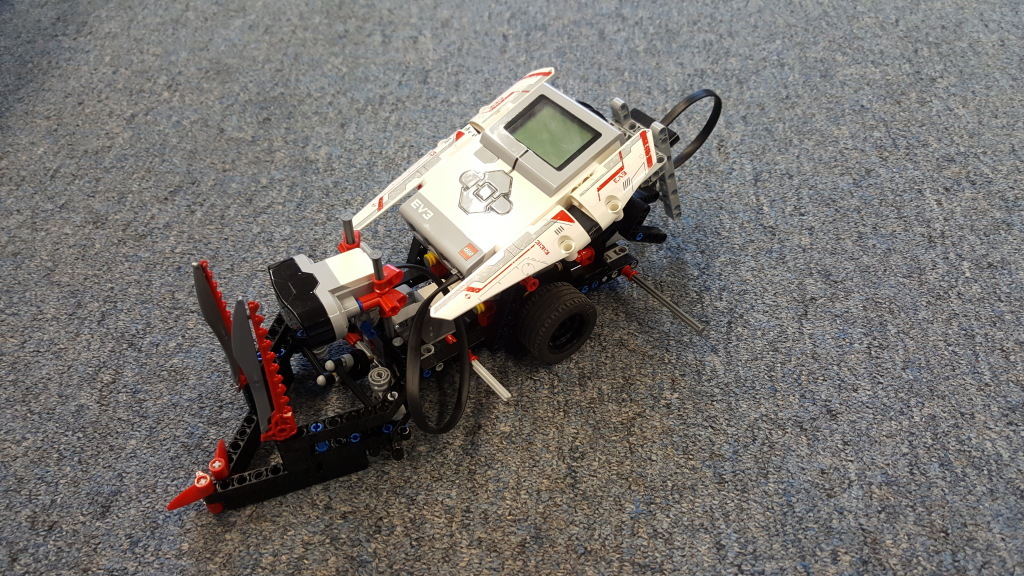 The R3PTAR, named ‘Wall -T the Tankclaw‘, underwent an even more significant change when it was stripped down to parts and rebuilt as a TRACK3R with a dual spinning blade on the back. Wall-T the Tankclaw was then modified to have a static claw on the front to aid in the marble collection challenge. 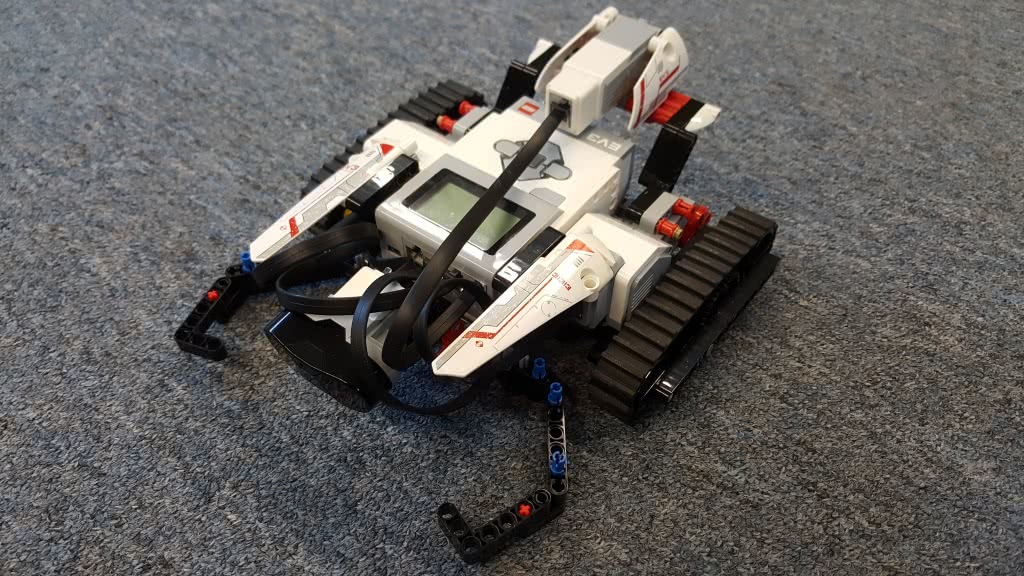 We were fortunate enough to have three fantastic volunteers from ANU Robogals join us for the last workshop as well as the showcase. Robogals is a global initiative whose mission is to inspire, engage and empower young women in to engineering and related fields, so they were the perfect group to be involved with the YWCA Canberra Tech Time Workshops. They helped the participants optimise their robots as well as strategise the best way to utelise the tools on their robots to complete the tasks.

A straight line race to see which robot was the fastest. Only slow-motion could determine the winner.

Both robots were built and ready to go in time for the showcase on Sunday at the Tuggeranong Hyperdome, who were generous enough to allow us use of the centre court area, as well as donating prizes for both teams! The day started at 12pm when the participants began the final stages of preparing their robots; putting the batteries in, checking the remotes and making sure all functions were operational.

1. MARBLE COLLECTION CHALLENGE
The first challenge was to collect 3 marbles spread around the floor and Wall-T was first up. The team quickly learnt how differently the marbles moved on the tiled floor of the Hyperdome to the carpeted floor of the Clubhouse, but 5 minutes and 51.4 seconds later, Wall-T had rounded up all three marbles and brought them back to the start point. Next, it was Turbo‘s turn. We all thought Turbo would have a major advantage with it’s claws that could open and close, but the difference in flooring again proved the challenge, with the ball able to escape underneath the claws. Despite this major disadvantage Turbo stuck it out and with a clever change of tactic from it’s driver managed to persevere and complete the course in 11 minutes and 59.7 seconds. So it was 1 – 0 to Wall-T!


2. TIME TRIAL MAZE
The second challenge was to navigate the race track to the end, turn around and return to the start in the shortest possible time. If a robot crossed over one of the marked lines of the course, a 10 second penalty was added, and if a team had to touch their robot, a 30 second penalty was added. Team Wall-T was up first again and with it’s clever tank track design, was able to navigate the maze with no penalties in a fantastic time of 1 minute and 36.1 seconds. Next was Turbo who utelised a clockwise spin for all turns, which made turning to the right a challenge. Team Turbo‘s driver utilised some clever tactical thinking and opted to take 2 shortcuts, straight over one of the marked lines, making for a straight course to the end of the track, a single turn and then a straight run back. This clever thinking netted them two penalties, but when applied to their base time of 53.0 seconds, totalled 1 minute and 13.0 seconds. Some clever thinking from Turbo‘s driver brought it back to 1 – 1.


3. RACE
The third challenge involved both robots completing the race course at the same time, with the same penalties in play as the time trial maze. Turbo got off to a fantastic start, leading the whole race up until the final turn where Wall-T managed to push Turbo over one of the lines, incurring them a 10 second penalty, whilst simultaneously overtaking them and winning the race. 2 – 1 to Wall-T.


4. SUMO BATTLE
The fourth and final challenge (other than deciding the fan favourite) was a sumo wrestling style battle, where the first robot to push it’s opponent outside of a designated square would be declared the winner. This was a close battle with both teams managing to save themselves from the brink of defeat, but Wall-T eventually triumphed after a mammoth 5 minute battledespite having it’s head detached. This put Wall-T ahead 3 – 1.


The final battle at the showcase

5. FAN FAVOURITE
This was another incredibly close challenge with Turbo out scoring Wall-T 10 votes to 9! This meant that the final score was 3 – 2 to Wall-T who was crowned the champion robot of the first ever YWCA Canberra Tech Time Workshops.

I’d like to give a massive congratulations to all the young women who participated in the program, you’re initiative, willingness to learn, team spirit, and most importantly support for each other no matter which team you were on was truly amazing. Seeing you cheering on the opposition at the final showcase was one of the biggest highlights for me and I wish you all the best in whatever you go on to do, whether it is in a STEAM field or not. You have proven that you have the skills to design, build and program amazing and unique robots and I hope that you have learnt as much and had as much fun as I had throughout the program.

Lastly, and certainly not least, I’d like to thank everyone who has made this program possible. Thank you to the ACT National Science Week Coordinating Committee for the grant that made it possible to run these workshops, to the staff at Caroline Chisholm for your eagerness to participate and ongoing support throughout the sessions, to the Tuggeranong Hyperdome for their kind donations of a space to hold the showcase as well as some amazing prizes for the participants, to the volunteers from Robogals, to the staff at the YWCA Canberra Mura Lanyon Youth and Community Centre who helped out with bus transport as well as the final session, and to the young women who participated in the program. None of it would have been possible without all of your support.

We definitely want to run these workshops again, so keep your eye out for more in the future!