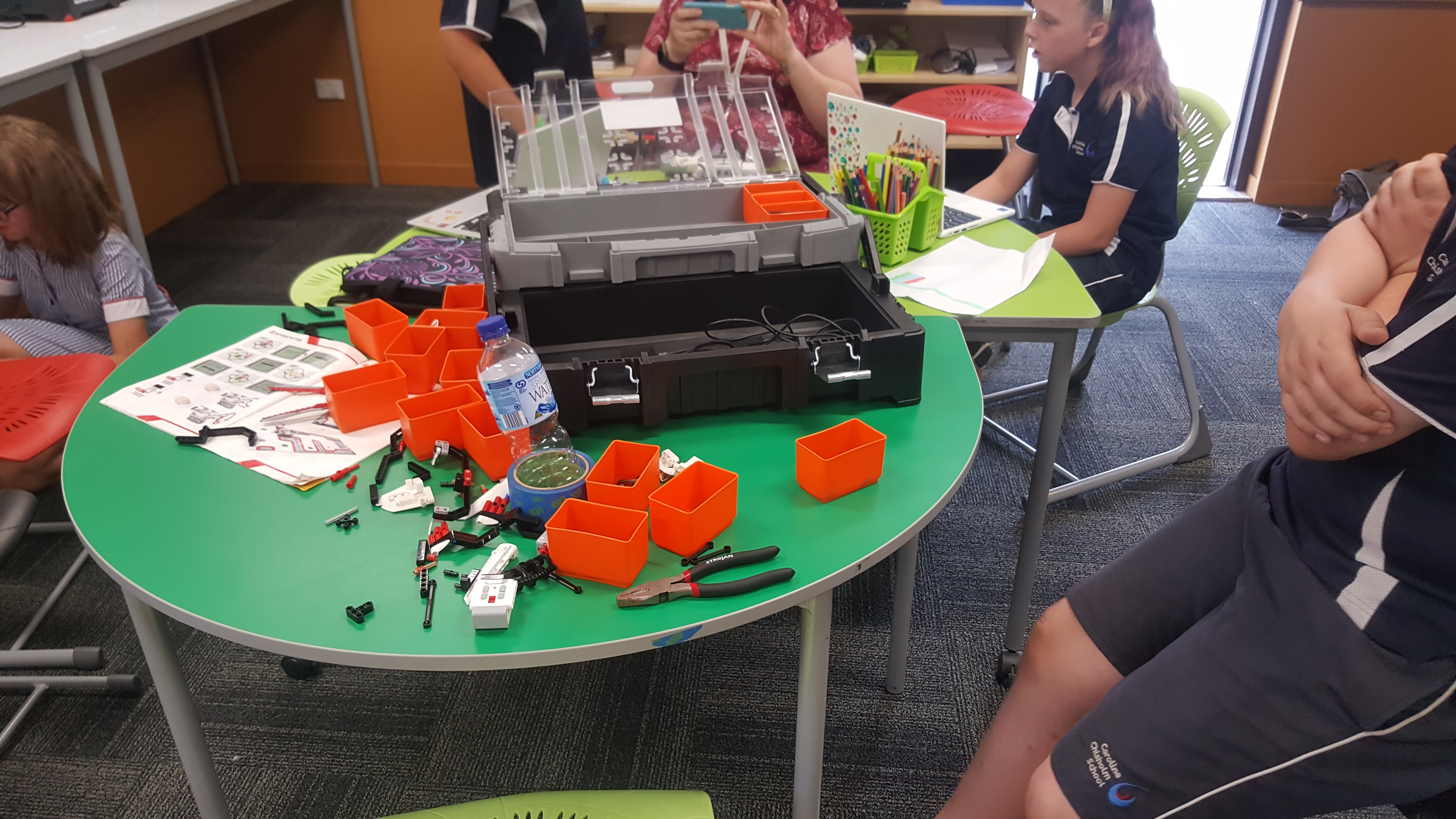 This semester we’re running a series of Tech Time Workshops; an intro to robotics course using Lego Mindstorms EV3s for 12 particiapants, 6 male and 6 female, from Caroline Chisholm School. There are 6 sessions in which the participants are split in to two teams and must design, build and program their own Lego Mindstorms EV3 robot. The end goal is to compete in a series of four challenges against the other team in the final showdown. The four challenges are:

So far we’ve had 2 of our 6 sessions and the teams are well under way! One team, Team Wall-E, is building a modified TRACK3R design, with a custom designed robot-flipper and colour sensor attached. 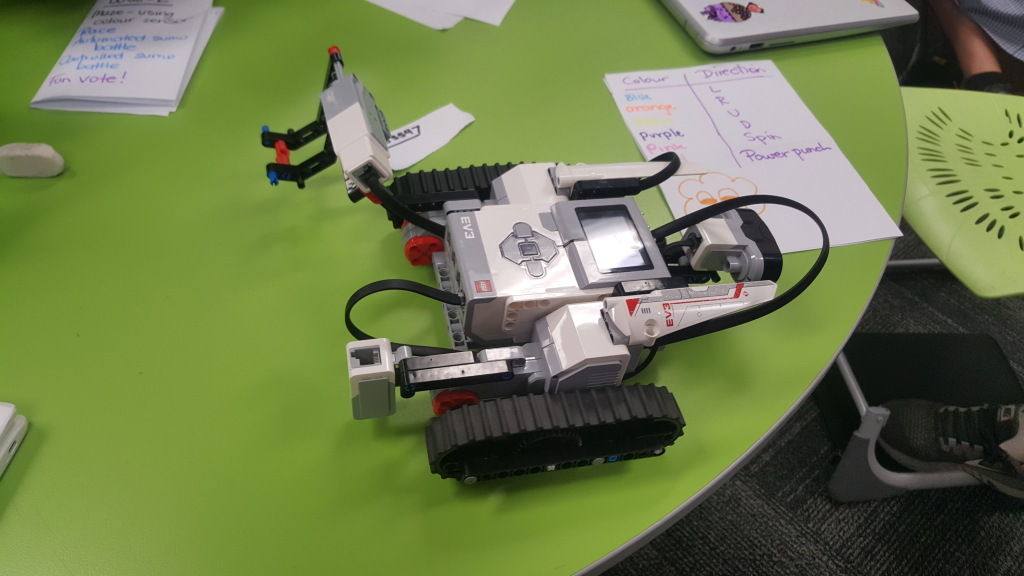 The other team, Royalty, is building a completely custom robot, designed to be well balanced and stable, while remaining light weight to maximise speed for the race. It’ll be great to see what their robot looks like when it is finished! 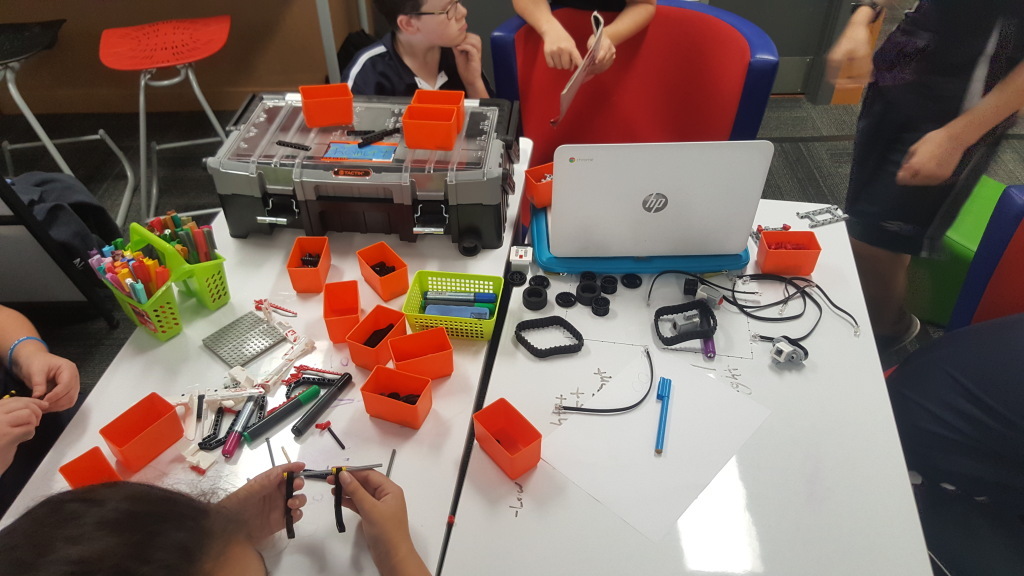 Stay tuned for videos, pictures and updates on Team Wall-E and Royalty’s robots!