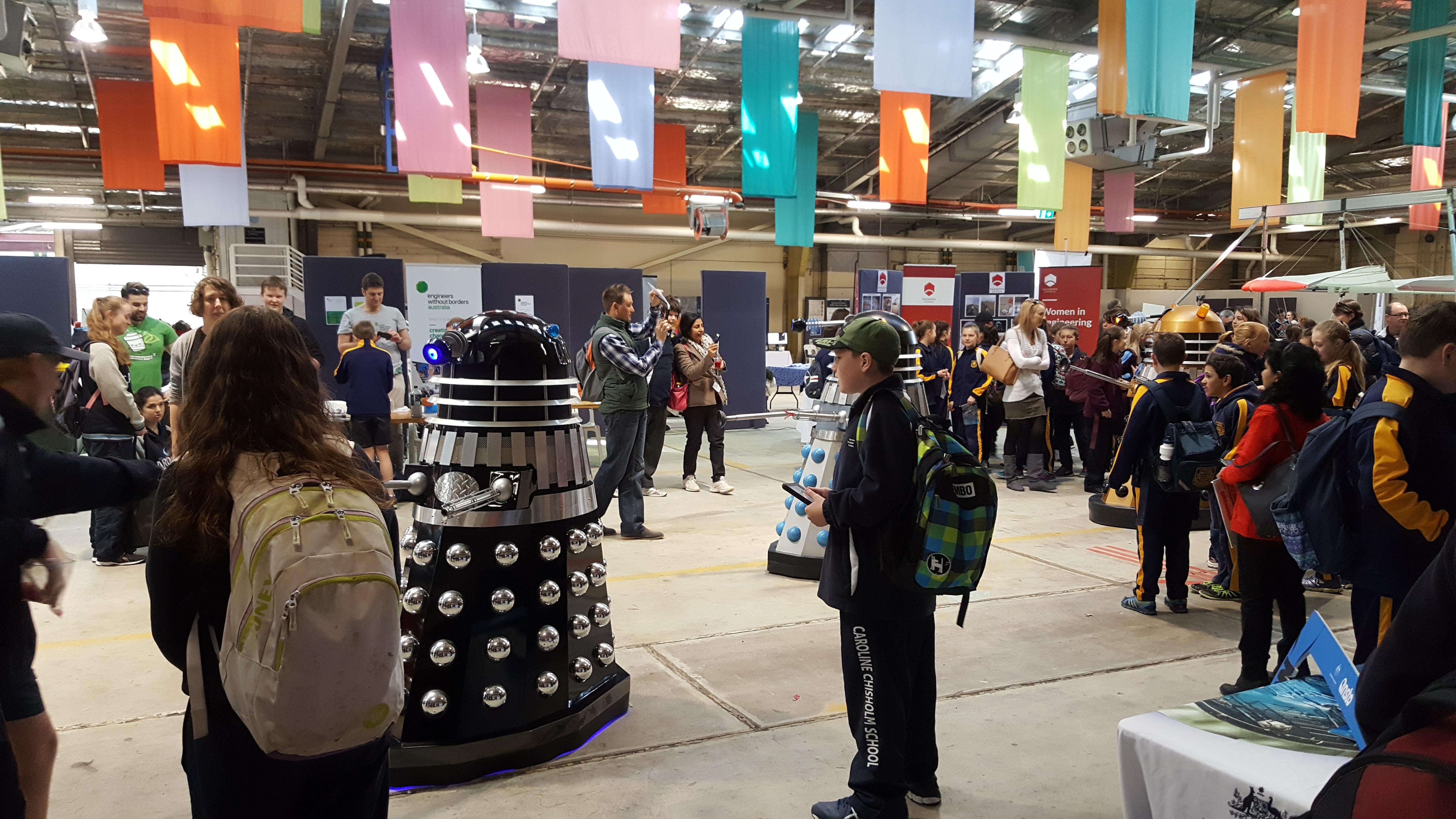 Last Friday and Saturday (12th and 13th of August), the YWCA Canberra Clubhouse was at Science in ACTion to celebrate National Science Week. Science in ACTion is a free event consisting of stalls from local, national, and international STEM organisations showcasing their work, as well as demonstrations, hands-on activities, food and the occasional Dalek!

The Clubhouse brought along the Oculus Rift DK1, which was talked about in the blog post on virtual and augmented reality, the MaKey MaKey, Lego Mindstorms EV3s from the Tech Time Workshops (read about them in part 1 and part 2) as well as lots of photographs, 3D prints, hands-on creations and marketing material. 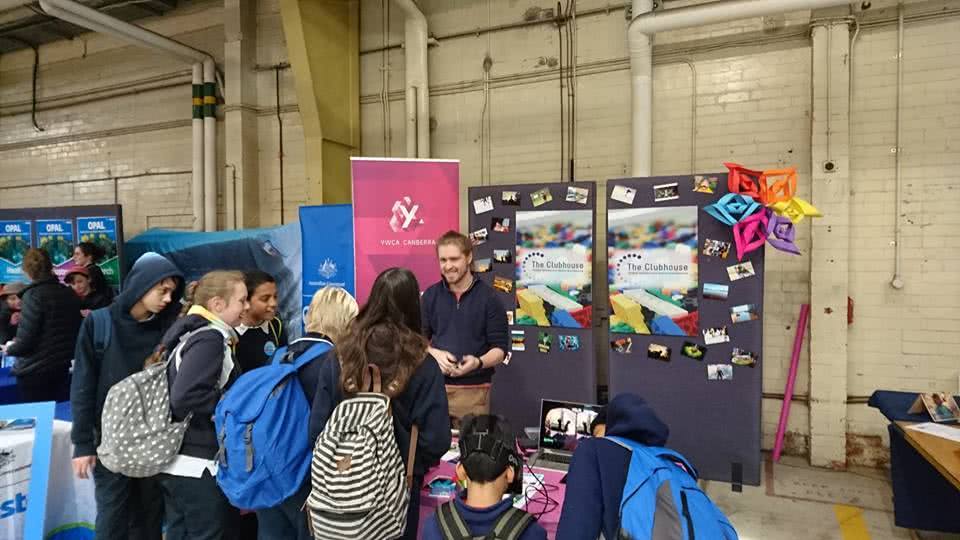 The YWCA Canberra Stall at Science in ACTion

Friday the 12th is Schools Day, with schools able to receive access to free buses to bring their students out to Science in ACTion. 1,200 students from across the ACT, plus their teachers, parents and carers attended on Friday alone, which made for a busy day full of demonstrating some of the fun things that you can do at the Clubhouse. The Helix Rollercoaster Simulator on the Oculus Rift was very popular with hundreds of people using it across both days! 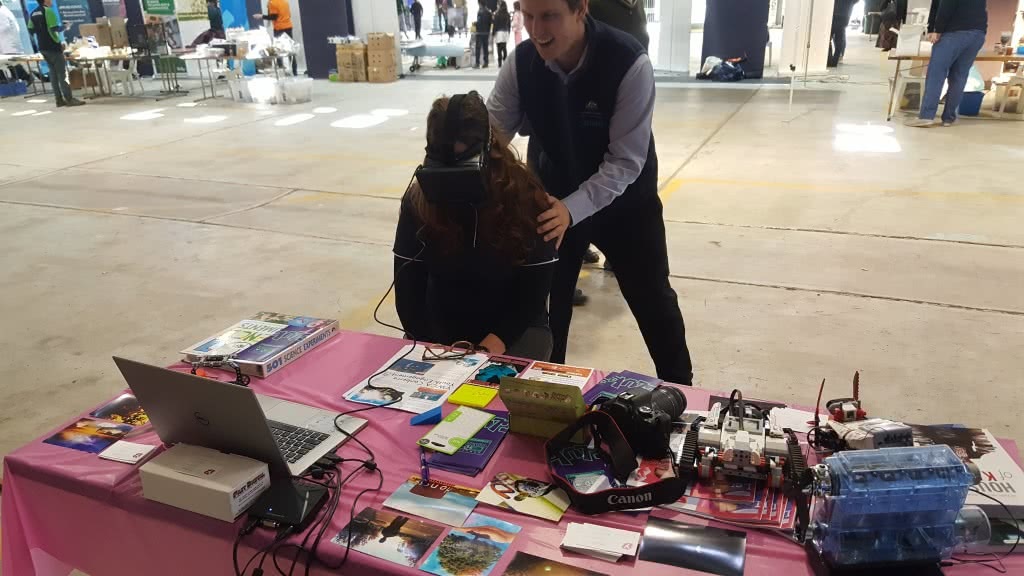 Trying out the Rollercoaster Simulator on the Oculus Rift

Saturday was another busy day with over 6,000 people passing through the gates. The Clubhouse was just one of many stalls at Science in ACTion, with some other’s including some military robots, a virtual hang gliding simulator (complete with hang glider to sit in while you did it), ANSTO and the National Youth Science Forum were set up next to us, as well as all the local universities, our friends from Poppin’ Code and RoboGals and much, much more.

This year’s Science in ACTion was truely fantastic, and it’s great to see so many people, especially young people, taking an active interest in STEAM fields and exploring what there is out there. I can’t wait for Science in ACTion 2017 and hope to see you there!