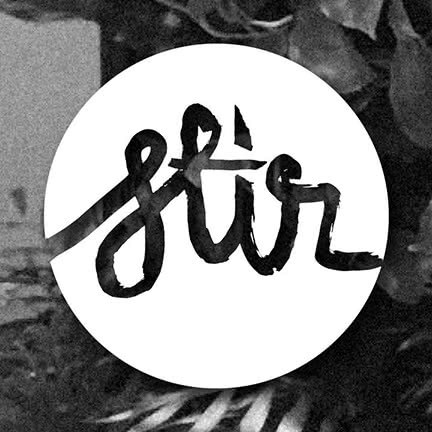 Stir is an online platform that helps people form their ideas into reality through crowd voted micro-grants. While only relatively new, in its first year the platform saw 45 uploads of different ideas and awarded fifteen $1000 grants. Two of these projects progressed to win a total of $20,000 in ANU’s start-up program InnovationACT. This year, Bendigo Bank has come on board as Season Two Grant Sponsors, making ten $1000 grants available.

Stir’s model is unique in Australia: part-educational, part crowd-funding, and pitched as a ‘platform for creatives’ – or, as co-founder Camilo elaborates, “a platform for people who are willing to pursue a project based on passion, as opposed to profit.”

Founders Vince and Camilo are on the look out for new projects, and are particularly interested in reaching young people. I spoke with them to find out more about what Stir does, and how it came about.

How did Stir begin?
The idea of Stir came into being when co-founders Vince and Camilo were asked by Dr. Sarah Pearson, CEO of the CBR Innovation Network, to talk with young people  talked with young people to discover how they could provide the tools young people needed to develop personal projects into business ideas. Stir began as a series of meetings where people from areas Camilo described as “creative fields” were invited to attend – including fields as far reaching as music, theatre, bike repair, gaming, animation, and law school.

“The crowd that we grew originally was talking about personal projects that were based on passion and intrinsic motivation, and they didn’t feel they were catered for by entrepreneurship structures.

“A lot of them espoused an entrepreneurial attitude but didn’t feel attracted to the concept of entrepreneur,” Camilo explains. “We asked what they needed to feel invited or encouraged or incentivised to take part in innovation.”

Through this process Camilo and Vince discovered that these young people wanted not just financial support, but also what Camilo calls “empowerment support”: gaining the skills and knowledge to support their project.

“What came from this was some way to legitimise the activities that these youths perceived as a hobby, in a language that would allow them to think in business terms, without giving them the feeling that they were selling out – to let them feel individual and unique within this scene.”

What does Stir look like now?
Stir is an online platform that helps people develop their creative ideas. To get involved, participants go through a series of steps: upload, comment and vote.

The first step – upload – involves a series of questions that people who review grant submissions typically ask. For example, where are you now, where do you want to go, what resources do you need. Vince and Camilo call this the ‘education component’ of the platform, to assist participants to “develop an entrepreneurial mindset”. It helps participants develop a structure for a project proposal they can use in future funding avenues.

“We ask, ‘what will you do with the money you make’, – which often they haven’t even thought about it. And that’s the kind of learning that we’re trying to seed. We embed little by little this business mindset amongst the creative community.”

In the comment and vote steps, Stir allows the online community to provide feedback. As the system is set up as a private loop, only the person who owns the project can see that comment. In this way, Stir encourages online mentoring.

While a small grant is allocated to certain participants after voting, Vince tells me that feedback from participants indicates that the real value of the site is the education and online mentoring steps.

“Stir is about having a reason or an excuse or the opportunity to push themselves to go and do it. And the grant is never really mentioned in that conversation – it’s more about putting one foot in front of the other and starting or legitimising the project.”

What kinds of projects are on Stir?
There are a huge range of projects on Stir, all at different stages of evolution. If you are interested in submitting an idea you should check them out at the website. Here’s an indication of the different types of some of the projects, and the kind of activities participants think they could fund with the grant.

Evergreen is a videogame where you grow a mythical world tree and encourage evolution throughout natural history. Winning a grant would enable Evergreen to attend conventions and events to receive the feedback and publicity they feel they need to make Evergreen an international success.

Blu Shift are a team of young research students from the ANU that are half way between science and arts. They aim to develop ‘endeavours based in communication of science through the visual medium’. Winning a grant would help them develop a series of art cards that communicate the beauty and elegance of science. As something completely different, a project called  ‘my first film clip’ is from a local music artist seeking funding toward his first film clip.

How did the founders develop skills in this area?
Stir sounds like such a cool project, that I was interested in knowing more about Vince and Camilo’s backgrounds. I asked them whether anything that they were doing as teenagers translated into what they are doing with their lives as adults. Camilo’s response centred around story-telling. “I was really big into role playing games, telling stories and rolling dice. And a lot of what we do with Stir is bringing that playful element of telling your own story. Stories allow you to portray different characters and test which one of those you like.”

As a teenager, Vince was into skateboarding and street art. “I realised that as a skateboarder when you walk through the city or the ‘burbs you view the world differently. You don’t see stairs as stairs, but as something you can jump off. And then I got into street art and it was very similar. I was on a street art forum and this guy was talking about how he’d recently legitimised a lot of his street art through graphic design, and that’s what brought me here today.”

“If I could wrap it up”, Vince says, “Choose a discipline that allows you to shape the world that you want to see.”
Camilo adds, “Don’t let anyone tell you what you’re capable of and write your own story.”

Want to get your idea involved with Stir?
If you live in ACT – or any city around the ACT – and have an idea you want to develop but are not sure how, Stir is perfect for you.

Camilo and Vince are very welcoming and excited about getting people involved. You can check out the website for more information http://causeastir.com.au/ 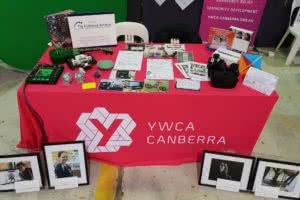 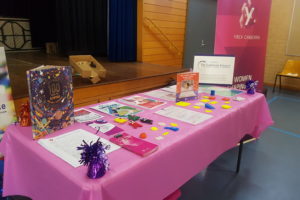 The YWCA Canberra Clubhouse is an innovative, creative, out-of-school learning[...] 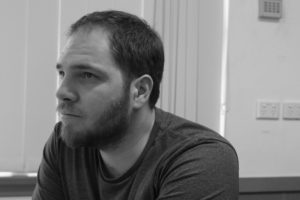 How did you connect with the Clubhouse? I heard of[...]