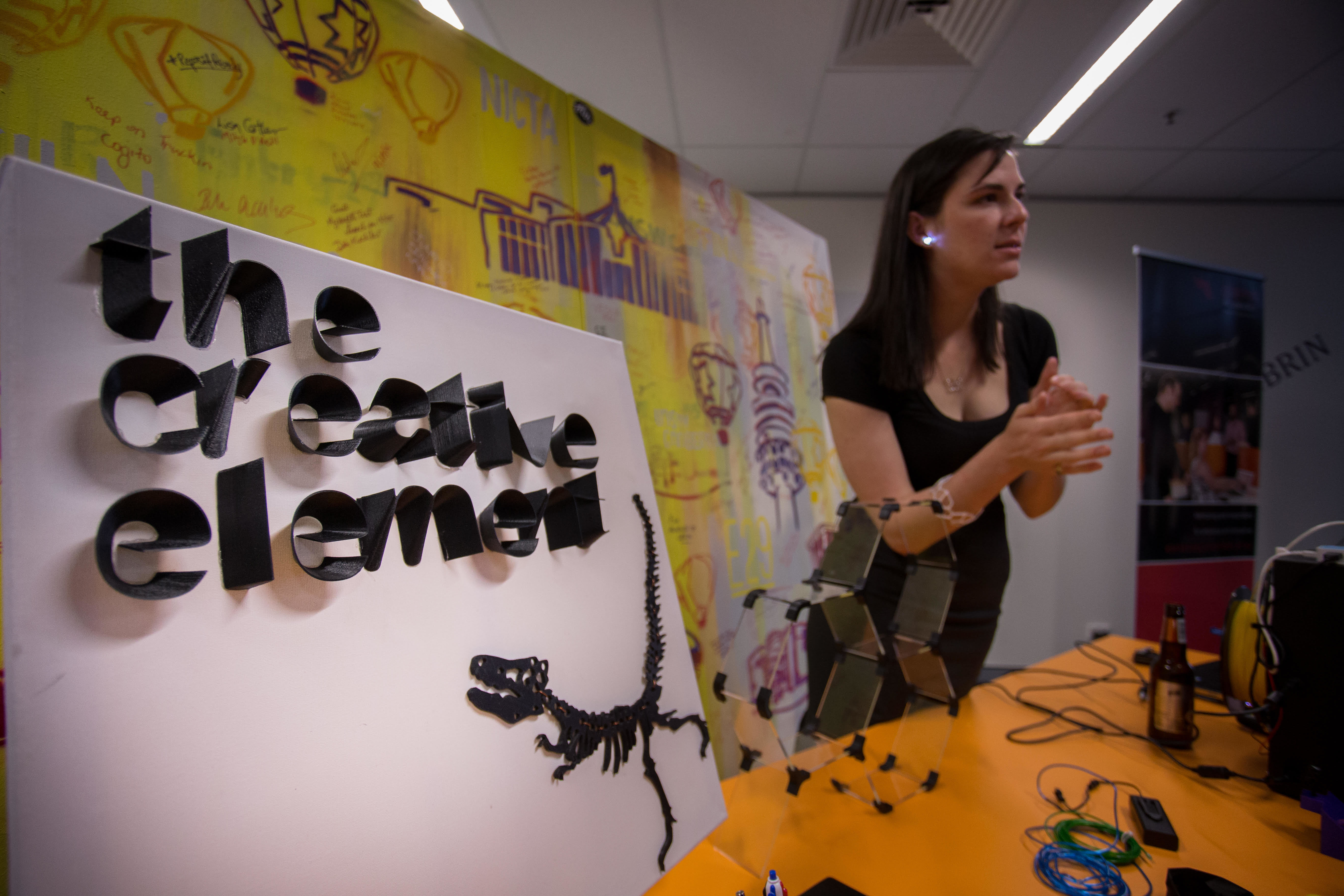 Erica Hediger is one busy, inspirational, robot-making, workshop-running, creative entrepreneur. She talks here about the programs she runs, the importance of incorporating artistic design with electronics, and the path she took to get where she is now.

The Creative Element, Erica’s business, is based out of the Canberra Innovation Network. The Creative Element combines science, technology and engineering with art, something that Erica says is really important for business and innovation. “If you make something that’s ugly but professional, no one’s going to buy it over something that’s beautiful – I think that art is a huge element of inspiring people and helping come up with better designs, because we want nice things.

“There are two halves to The Creative Element. There’s a professional half, which is prototype and manufacturing. I help with the start-up of the idea and I make the networks and suggestions for the next stage.”

As an example, one participant is making a computerised pot plant so he knows when it needs water. Others use electronics to make things artistically interesting, such as conductive paint or motion and light sensors in clothing.

“The other half is the educational side, which is where I run workshops and classes to up-skill members of the public – specifically women and people with disabilities or disadvantaged groups – to get them into jobs and fields they normally wouldn’t be able to do. I teach them things like welding, milling, cutters [and using] industrial machinery.”

Erica says that the workshops for adults target real world skills, whereas workshops she runs with kids are more fun and experimental.

Along the way, Erica has also “developed a side hobby in robot combat”.  “As you do,” she laughs.

“I got some big news earlier this year – I’ve been accepted into the American TV show Battlebots. It’s a competition for combat robotics – you build the biggest, nastiest, most dangerous robot that you can to destroy the other robots. It was really popular in the ’80s and they’ve done a reboot.

“It’s pretty fantastic that I’ve only been doing this stuff for three years and I’m going to another country to fight robots on TV – if nothing else, that says something about the ability to pick this up and run with it.”

So how did Erica learn these skills? “I don’t have a background or an undergraduate degree in any of this stuff,” she explains. “I was always interested in making things – my dad’s a master builder and I grew up on work sites playing with tools and bits of wood – but I didn’t think the tech I use now was accessible. I thought it was this big, magical thing, like the internet – I don’t know how it works, it just does.

“It was only when I started really pulling things apart and doing research that I realised that it’s actually really simple, not scary or intimidating … it made me think this might be a bit of fun.

“It was all just a hobby for a while,” she continues, “then unfortunately I got really sick for three or four months. Over that time I spent endless hours researching, learning how to code, learning about Arduinos, robots, chemistry and physics … and I went – this is amazing and fun and I really want to be doing this.

“As soon as I was healthy I just got out there, got in touch with the Canberra Innovation Network, got a desk and got the workshop and started buying heaps of materials.”

Erica explains that developing those initial skills is actually quite easily accessible. “Even if you don’t have a lot of money there is a phenomenal amount of stuff online for free – if you’re really interested, there’s so many resources that are available to teach you and help you get started. For me, YouTube was perfect because I could find exactly the information I needed.”

As a young woman in the STEM field, Erica says it works in her favour that people have low expectations. “When I show what I can do they’re more surprised than if I was anyone else. While it’s a bit of an insult, it’s good they underestimate me because when I show them my potential, I do so much better. If anyone comes at me with disparaging comments, I’m like, that’s your issue – don’t put it on me.”

This attitude comes through in some of the workshops she runs with women, almost by accident, Erica says. “I’ve noticed a lot of women can be really disparaging toward themselves. They think if they don’t know absolutely everything about robotics then they can’t build a robot.  Yes, you can. I’ve got unwavering confidence that there’s always a way to get to where you want to go.

“It doesn’t matter that I’m a woman and I do this. By actually doing what I do and bringing people along for the ride, I’m teaching those skills regardless. If you don’t bring gender in, then it’s not a talking point anymore. It’s just, ‘I have these skills and this is what I can do, as opposed to, how wonderful that I’m a woman and I can do this.

“If I am confident and they can see I might not have all the skills but I eventually will – then this is more important”, says Erica.

In a workshop environment, Erica’s advice is the same for everyone, although “girls need to hear it a little louder,” she says. “Get out and do stuff. Teach yourself as you go. No one is stopping you from doing anything except you, yourself. Learn about the stuff you want to learn about and don’t let anyone get in your way.”

Chocolate Science and Innovation in Canberra

Dr Sarah Pearson has had a fascinating career understanding the universe, meddling with confectionary, solving cancer and consulting to business. She is passionate about science and innovation, and now leads the Canberra Innovation Network. Clubhouse volunteer, Emily, spoke with her to find out about how science led her on this path, and how physics is linked to chocolate. 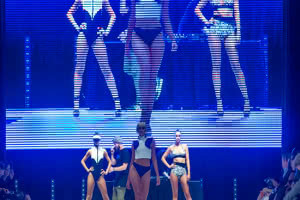 (Originally published on the YWCA Canberra blog.) Mieka Vigilante is[...]