The Weird and Wonderful Side of Music

Home Home page The Weird and Wonderful Side of Music 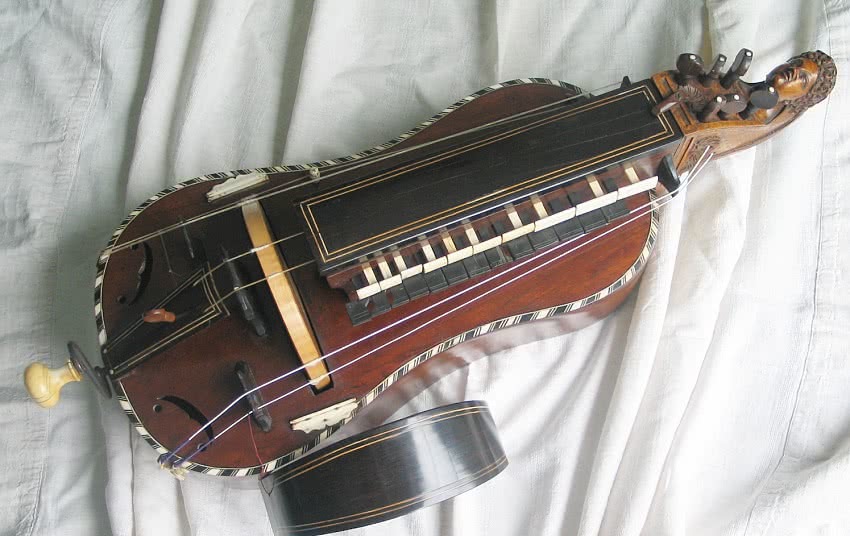 The Weird and Wonderful Side of Music

After a lot of conversations about unusual instruments this week, sparked by my discovery of a fantastic instrument called the Hurdy Gurdy used by Bear McCreary in a lot of his scores. This lead to conversations about other tools that can be used in making music other than traditional instruments, so I thought I’d share a few interesting designs, ideas and techniques that we’ve come across.

The marble machine designed and built by Martin Molin of Wintergartan

This strange, yet amazing, hand made instrument is powered by some 2000 marbles, and 3000 parts. The marble machine powers a vibraphone, kick drum and bass through a hand crank that lifts marbles to the top and then drops them on the instruments. The timing of the music is programmed using Lego bricks that trigger the drop mechanism for each instrument. Not only is it an engineering marvel, it plays a pretty catchy song too!

Lasse Gjertsen is a Norwegian videographer, musician and animator who has gained fame through his YouTube account. In this particular video, made in 2006, Lasse has pre-recorded videos of himself playing each individual drum on a drum kit and each individual note on a piano and then edited the videos together to create a song. Lasse is a master of video editing and has created many short films, but this video along with Hyperactive, a beat boxing video filmed in the same style, are my two favourites. A brilliant way to put together a song while creating an interesting video to go with it.

Ophir Kutiel, professionally known as Kutiman, is an Israeli musician, composer, producer and YouTuber. Kutiman is best known for his online music video projects; ThruYou and Thru You Too. The videos feature a mixture of instruments and vocals sampled from other YouTube videos. Kutiman has described how the process began in a radio interview conducted in 2009, saying:

At first I took some drummers—before I had the idea about Thru You, I took some drummers from YouTube and I played on top of them—just for fun, you know. And then one day, just before I plugged my guitar to play on top of the drummer from YouTube, I thought to myself, you know—maybe I can find a bass and guitar and other players on YouTube to play with this drummer… [1]

In the same interview Kutiman talked about how he dedicated two months of his life to the project, barely eating, sleeping or socialising. When he realised the ThruYou album videos on YouTube it was instantly a success with over a million views in the first week, and then over ten million views in the first two weeks. It’s not hard to see why it was so popular with his ability to take completely unrelated tracks and turn them in to music that not only flows together, but sounds amazing.

As anyone who has spoken to me about music would know, I’m a huge fan of the strange and unusual side of music and peoples creativity never ceases to impress me, so if you’ve got any fantastic ideas or videos to share, I’d love to hear! Leave a comment of anything you’ve seen or come up with that showcases some outside the box thinking when it comes to music.