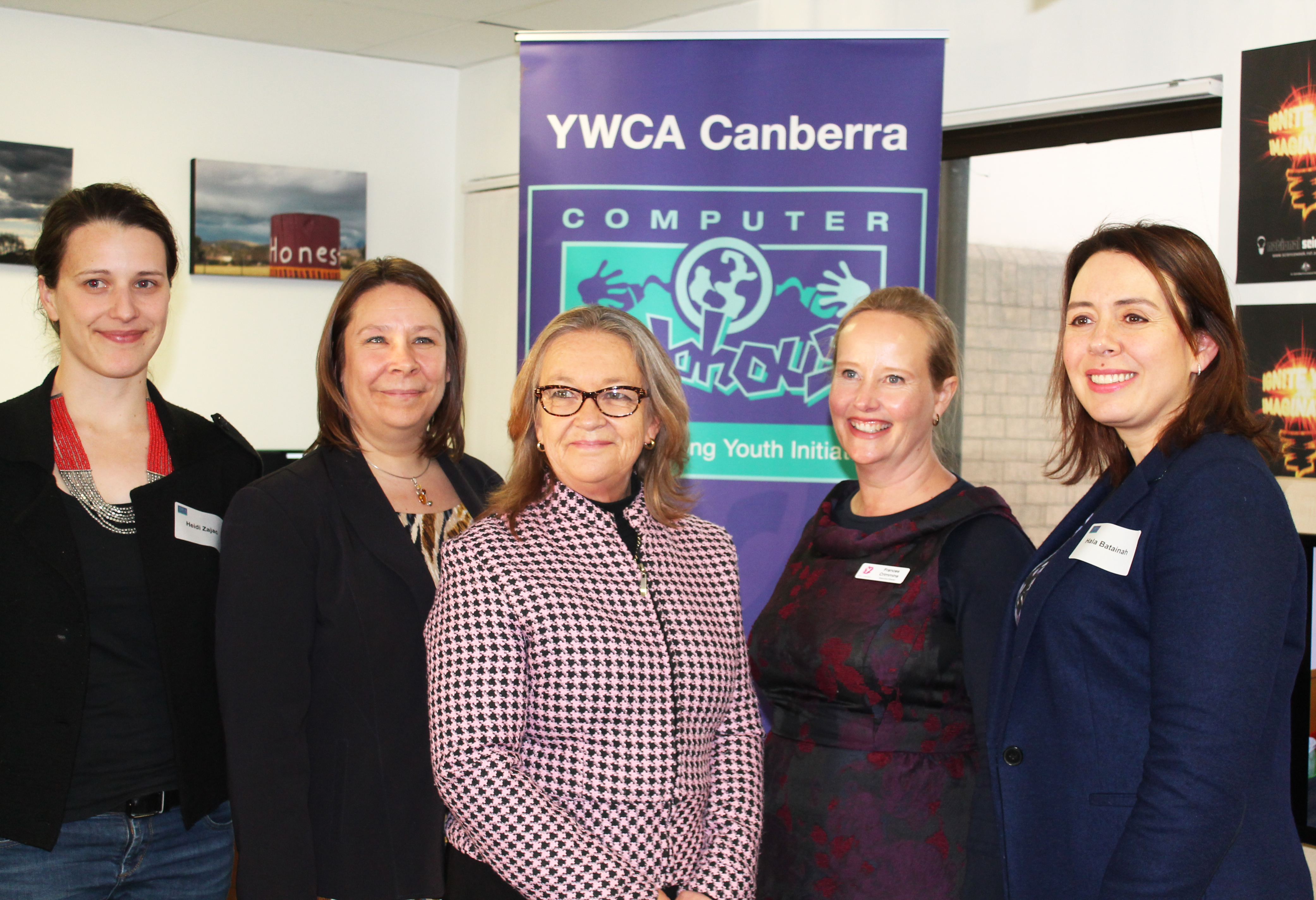 Hala Batainah is an ambassador for the YWCA Computer Clubhouse and Federal Director of Microsoft. She talks about her involvement in the Clubhouse, the importance of technology, and the role the Clubhouse plays in this.

Journey to the Clubhouse

Hala has always been very passionate about computers, technology and software. As Federal Director of Microsoft, Hala is supported to be an ambassador in the community. Microsoft “allows its employees to identify where they can make a difference, and where they can bring this back to the business,” she says.

Hala got involved with the Computer Clubhouse through a local teacher, who had been looking at an idea like the Clubhouse, but needed to find support to get it up and running.

That teacher got a few ‘like minded souls’ together as the starting committee, to brainstorm about what needed to be done to realise the space. Through support from Intel the global Clubhouse Network evolved since 1993 to include computers. However, Hala says “we never saw it as only computers, we saw it as a technology space”. This included gaming, photography, 3D printing – “there were so many things we wanted.”

The starting committee connected with YWCA Canberra who agreed to take on the project through their Youth Engagement portfolio, and together, they sourced a location for the Clubhouse as well as companies to donate the first lot of technology for the space.

The role of the Clubhouse

Hala says the Clubhouse allows kids to get comfortable around technology. She says there is a great difference between consuming versus creating technology: “consuming is not really understanding the fundamentals, about how technology can actually change things and create something different.”

The Clubhouse is “a chance for kids to get to a place where they can actually create things – filming, gaming, collaborating – if you don’t have access to technology you don’t have the space to do that.”

One of things mentioned many times in the interview was Hala’s passion to remedy a digital divide. The digital divide is a term that refers to a form of inequality in a community of people, where some have access to digital technology, and others do not. Because of the opportunities that digital technology provides, some members of society can achieve certain things that those members who don’t have access cannot, resulting in a ‘divide’ between other members of society.

“We can’t have an Australia who wants to be a knowledge economy and has a digital divide. We need to start young; not everyone who is privileged has schools or parents who can provide access to technology.

“Digital literacy for me should be a universal right. It’s as simple as that.”

Hala says that we need to democratise technology. She says that technology has accelerated in the past 10-20 years, with the cost of IT going down. Simultaneously, people’s access to data is increasing. However, “not everyone has access to technology”, she says. “We need to bridge a need.”

The importance of technology

Hala reflects on some of the participants at the Clubhouse who have been able to set up businesses.

“Technology allowed them to think differently around an idea that they had that responded to a need in the community, and that allowed them to go forward with that idea. It’s about giving them access as early as possible, as cheap as possible, and not making it accessible only if you are in a privileged environment.”

“Technology has a huge impact on society”, she says. “It solves problems and creates opportunities. It lifts people up from poverty; and no matter what your background, you can do things with technology.

“This is how you drive innovation and out-of-the-box thinking”, she says. “You give people access to skills.”

The vision for the Clubhouse

Hala says that it is very exciting that the Clubhouse is running in Tuggeranong, but her vision is that she would like to see another Clubhouse in Canberra.

“Not in very suburb”, she cautions, “but I would like to have the Clubhouse somewhere north to give them the opportunity that the kids down south have and see what that might provide.”

Words to the Clubhouse kids

“We often have unconscious bias about ourselves. About who we are, and what we can do and the assumptions we make about what we are and the kind of things we can do.

“If you have an idea or an opportunity to do something different, and if you’re keen to give it a go and come and play, then we have a space for you. It has never been a better time for anybody, kids included, to reach your full potential.”

Emily Hollosy is a Corporate Relations and Communications blog volunteer with the YWCA. She is passionate about gender equality and the importance of ongoing public discussion about how to achieve it in society. Emily has a Masters in Global Media Communications and has previously worked in a variety of not-for-profit, youth and education organisations. Emily currently works for the federal government.